March 18, 2010
So I’ve written one novel. That must mean things will be easy from here on out right? Heck I’m not even changing worlds or the main character! This should be a cakewalk….
Yeah, that’s why I’m sitting here with under 100 days to my deadline and one false start on the sequel already behind me.
Sequels are scary things to write! I mean you have to meet and exceed expectations that were laid down by your fans in the first book.  Sequels need to be familiar, yet they have to still surprise and wow the audience.
There is that inevitable change that happens.  Old characters are left behind, new ones stepping forward to take their place. A new crisis must arise that will challenge the character already tempered by the flames of his previous trials.
Maybe thinking all of this is why I still feel a bit scared when I open up my word document to start writing.
But I have to push past that and embrace the challenge. I’ve got a great story to tell here, one that will force Rathe to battle with himself even as he’s fighting external enemies. This isn’t a book centering around a single choice like Starfire did. It’s much more of seeing how you deal with the consequences of that choice, and how you are changed when you begin to see beyond the illusions of your own making.
One thing I’m really going to enjoy is being able to take a closer look at the Herians this time around. They’re no longer a faceless, silent, destructive enemy.
Maybe I’ll talk more about that next time.  Right now I’ve got to get Rathe and the re-formed Grakin Spur into a Herian compound to steal some vital schematics.

Carol Bruce Collett said…
Stuart-I can't wait for this book!!! Love the world and characters you created. Maybe when you get this book turned in you can do a series on your world building techniques.
1:18 PM

Stuart said…
Thanks, Carol. I've been toying around a bit with how to present my world building techniques.

I did do a little discussion on this over at my old blog way back in January of 2006, that you can check out: http://jerkrenak.blogspot.com/2006_01_01_archive.html

We'll see what new things come together during my postings about Downfall. :)
2:07 PM 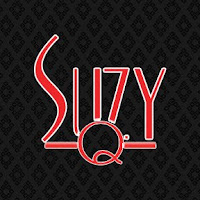 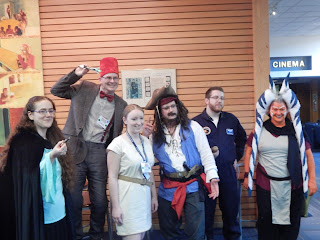 Captain's Log, Conference Date 20162907, My expedition among the gathering of the Realm Makers continues. And the marvels continue to unfold. The day started off with some strangely familiar characters fighting it out over the light and dark sides of editing. A dark and explosive man named Kylo Ren, sought to teach all how to conquer  win over their audiences by using the Force without the need for editing! But he was bested by the mysterious Rey, who showed the light side of the force, and a snickers, to be stronger. It was truly an engaging start to the day. Not to be outdone by forces form far, far Away, keynote speaker Thomas Locke gave a strong an inspirational talk about the discipline of writing and learning to identify the areas of control in your writing. Some key thoughts that stood out from this most enlightening talk. Forge a discipline around your creative clock. And build a boundary around this time. If you hit a wall, feel free to walk away and let y
Read more