July 22, 2016
On April 2nd, 2016 my wife and I attended the 8th annual, Write In the Springs conference put on by the local Colroado Springs ACFW chapter. It was a simple, one-day conference, one that I wasn't really looking forward to, not because I didn't think it would be good, but because I have been struggling with guilt about my writing.

"I've given you this this passion to write as a way to spend time together. Embrace Creative Intimacy and watch what we write together." - GOD

I realized I had been trying to do too much on my own, and not asking God to go on this creative journey with me. I was struggling on in my own strength, and that was far too lacking. I had denied my passion He had given me for fear of being burnt.

That conference rekindled the coals of my smothered passion and let me begin to hope again. It was then that I mentioned to my wife that it would be nice to try and make it to Realm Makers this year. Even though I didn't know how we would be able to pull it off. The trip was far beyond our financial ability at that time. And as the days passed I let the rote rituals of daily life pull me back into the mundane routine.

But my wife, Tiffany, saw the flicker of hope and launched a campaign to help get me to Realm Makers. With the help of family, friends, and even a few strangers, the goal was met, and the trip is now booked.

So, next week I'll be attending my first multi-day writing conference since 2009. But I am not going with a sense of failure and shame. I am going with a renewed sense of hope and purpose. I can't deny my passion for creation, for wild and outlandish tales, and for the story that has lain dormant for so long. 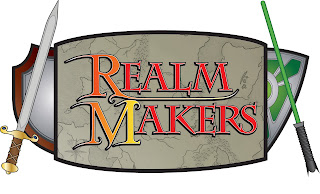 I'm going to Realm Makers with the knowledge that this will be the year that the sequel to Starfire is written. It won't be the story I would have written six years ago, but I believe it will be all the better for how much I've grown and changed in the time that's passed.

As an insufficient "Thank you" to those who helped get me there, and as an exercise in the discipline I must remaster, I'll be journaling my thoughts and experiences in preparing for and attending this year's Realm Makers.

Thanks for still believing in me. This journey is just beginning. 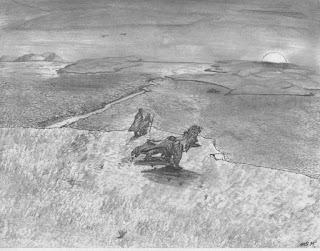