3. What are you waiting FOR? - This emphasizes the gift of anticipation. The slight hesitation in the sky, right before the sunrise, when all creation turns toward the east to behold the coming day.

4. For WHAT are you waiting? (The Grammaticals cheered as this sentence appeared... they are surely odd beings.) It Must Be GOD! While you are waiting, give thanks for what you DO have.

Thanksgiving should be the most natural & spontaneous response to God. 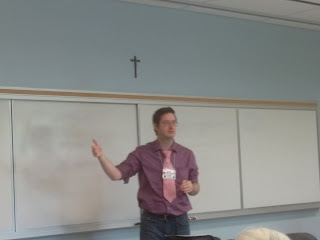 Following this inspiring and challenging message, I attended one of the more unique and funny sessions of the weekend. How to Court Your Work delivered by TJ DaRosa.

TJ described ways to look at writing as a relationship. Causing much laughter and some unique insight.

Some examples of this are:

The One Night Stand - The flash of inspiration that hits you hard, and you immediately rush to write the story in a single sitting. But often this does not translate into a longer work.

Internet Dating - Do you see a pretty face and immediately swipe to flirt? (You're probably a plotter)  Or do you dive deep into the person's profile first? (You may be a character driven writer)

Blind Date - You don't really know where you're going, or what will happen! Who knows what you'll find in the end.

The Friend Zone - You're in a one-sided relationship with your story world, constantly pouring effort in, but never getting a story out.  (You can try to break out of the zone by writing about how anything you create impacts a single person in your world.)

As  you can probably tell, the translator didn't always function, but it was a great time and lots of fun. 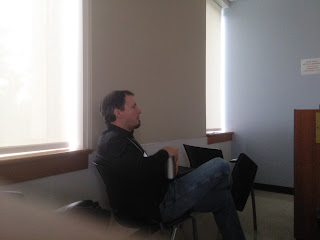 After a short break to refuel, I encountered the man known around the galaxy for creating the worst Christian Fiction cover of 2013, the ever suave Kirk DuPonce.

Kirk wowed the assembled beings with a display of his time-warping cover design skills, squeezing two days of work into a five minute demonstration.

Followed by the number one rule in cover design.

Always use the font Papyrus....

if you really want a bad book cover.

Also a big congrats to Kirk for winning his second Parable award this year.

After this second light-hearted session, I returned for Steve Laube's final session on The Spirituality of Marketing.

This session explored the tension between Marketing and Ministry in an inspired way, by examining the life of the prophet Jeremiah. Honestly, I don't know that I could even capture a tenth of the insight and thought that went into this presentation.

But again, what stuck with me was that I cannot be afraid to follow the Lord's leading. Even if doing so makes me appear a failure to the world. Because true success is found in doing what God has told me to do.

1. From this day forward you are a writer.  You must admit this privately to yourself and come to terms with what it means.

2. Accept the difference between your current project and your calling.  You must be able to emotionally detach from your story without losing sight that you were called to write.

5. Where possible, adapt to the changing outside world without compromising your principles.


The conference closed with the Thunderdome Fight Workshop by Carla Hoch.  The following quote may best capture the spirit of this workshop:

Carla used her experience in martial arts and a great sense of humor to not only explain ways to fight off an attacker, but to help bring a sense of reality and deeper understanding to the fight scenes we write in books.

But the conference could not fully end, without an all out Nerf War.  Teams were drawn and flags were planted as the Gallen Hall first and second floors were transformed into a warzone between the team Fury and team Doom (GO TEAM DOOM)!  This was truly an epic encounter as over sixty attendees fought it out in glorious combat.  I will leave you with just a few photographic records of this event. 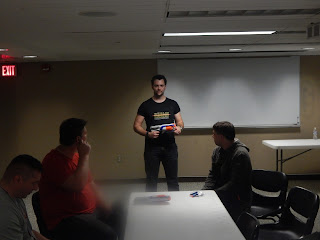 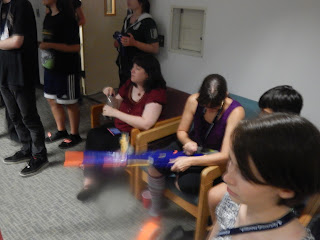 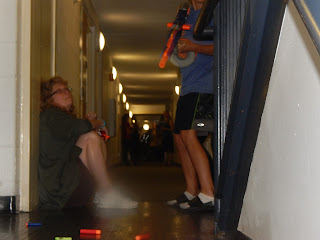 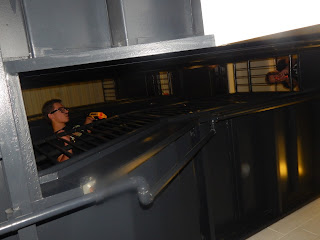 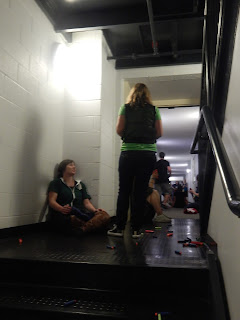